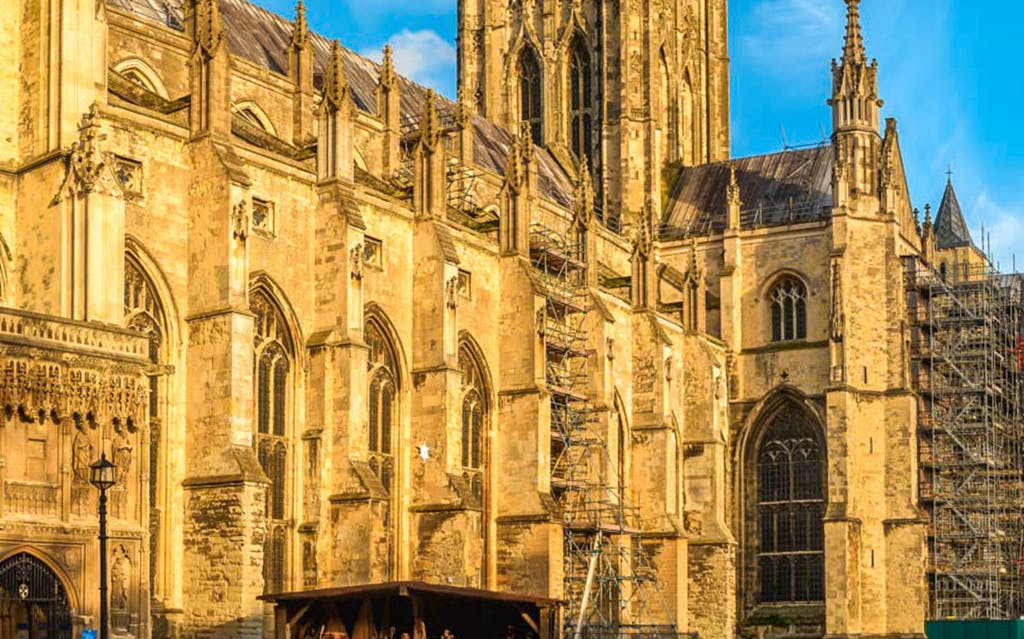 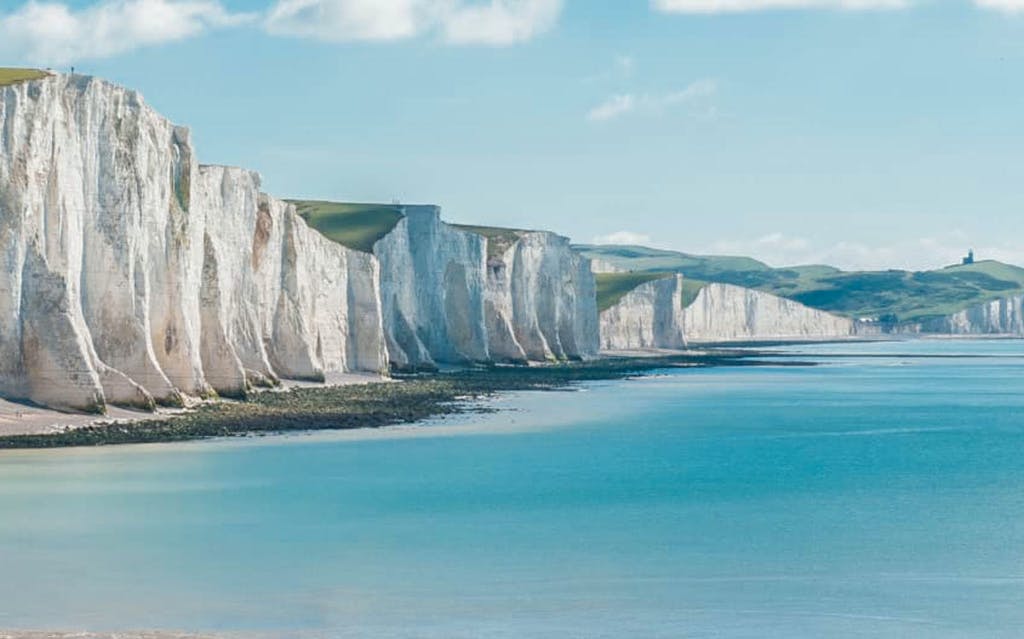 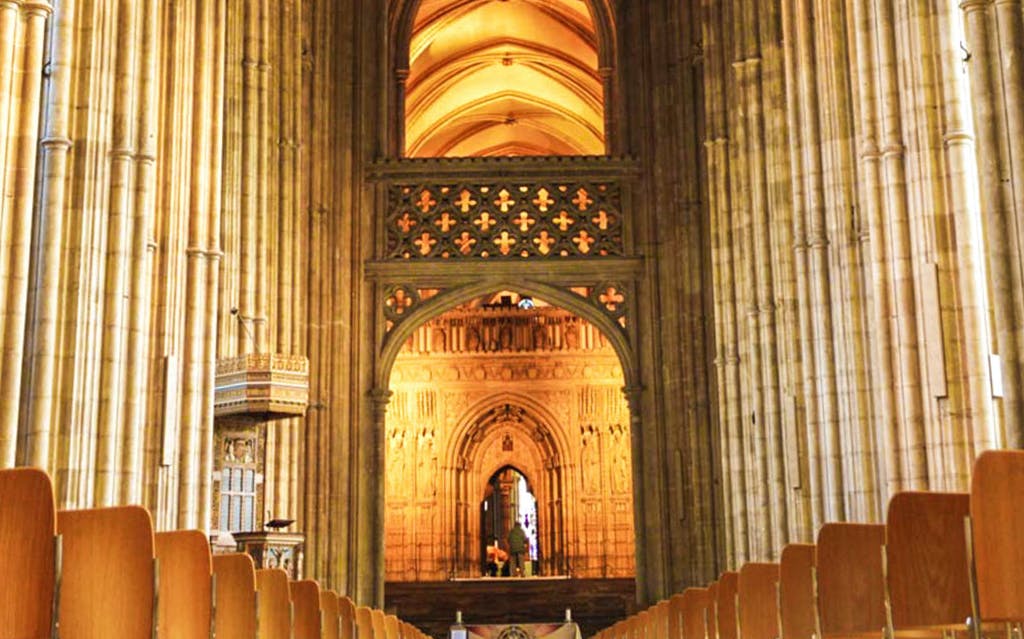 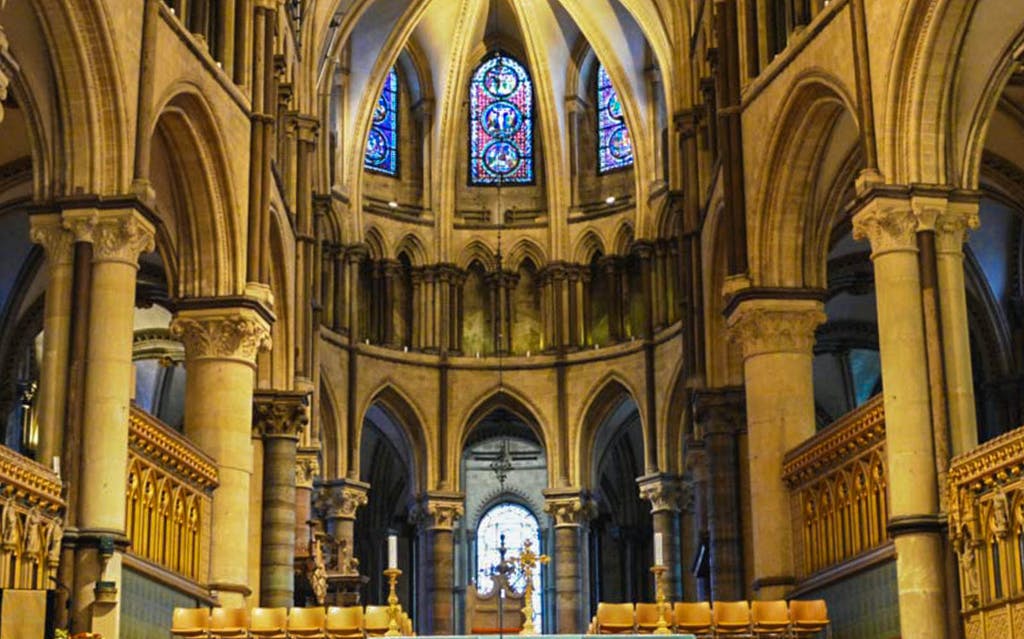 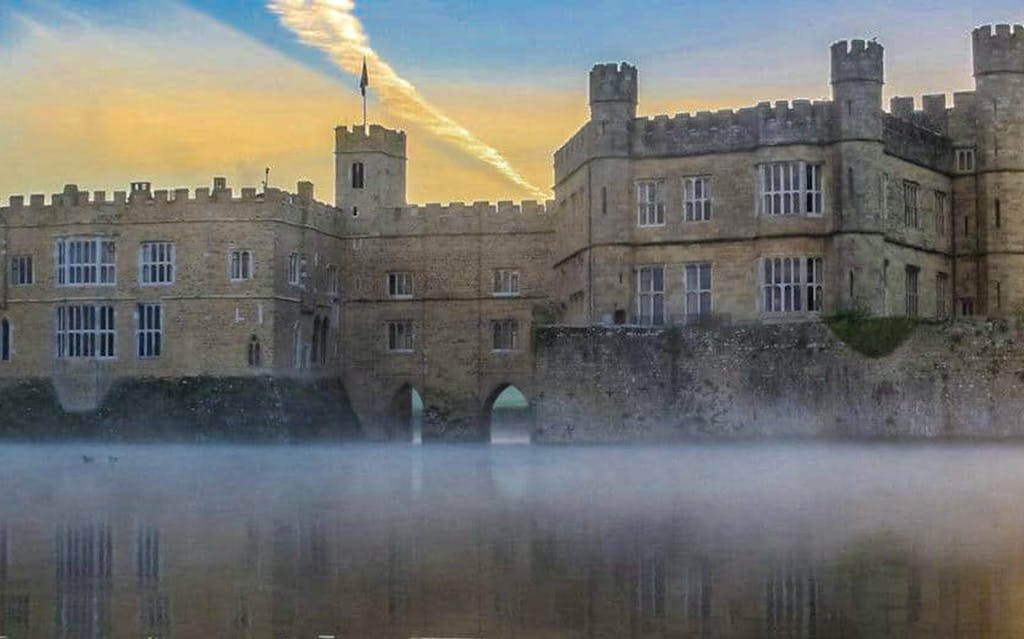 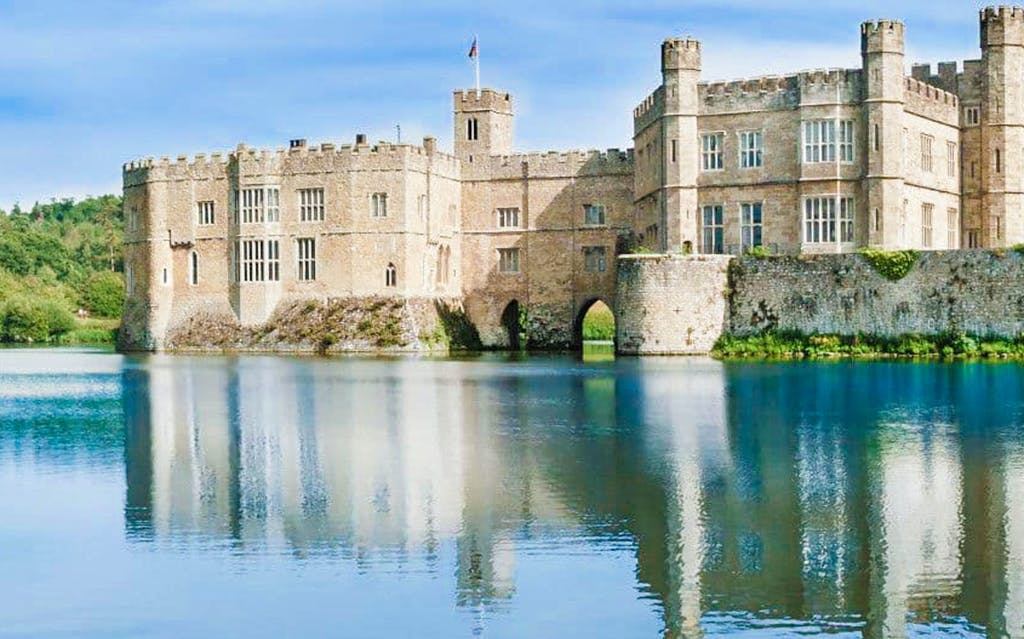 Leeds Castle, Canterbury Cathedral and White Cliffs of Dover Tour, all three major attractions with a single ticket! You heard it right. Visit the popular English landmarks without the need for individual tickets and extra costs. Buy the combo tickets and embark on a captivating journey through impressive history.

Upon reaching the meeting point, you will board a luxury coach and head to the magnificent Leeds Castle with your tour guide. Located 5 miles southeast of Maidstone in Kent, England, the Castle is established on islands atop a lake formed by the River Len. Since 1119, a palace stood on the site. It was an ordinary stone fortress serving as a military post, which was built by Robert de Crevecoeur during the Norman Conquest in Britain. The Castle was acquired by King Edward I in the 13th century, and it became his favourite residence. In the 16th century, the Palace was home to Catherine of Aragon, Henry VIII’s first wife.

The Castle was passed on to the Wykeham Martins from the hands of Robert Fairfax who owned it for forty-six years. A big amount of money came from selling the family property in Virginia. This paved the way for extensive repair and the Palace was remodelled in a Tudor style, which is what you can see today. The newer 19th-century Leeds Castle is a popular tourist attraction, open to the public since 1976, welcoming millions every year.

Before taking the White Cliffs of Dover Tour, there is another beautiful monument for you to explore.

Once done, you will travel to the prehistoric city of Canterbury. Enter the large cathedral and admire the architectural excellence of the structure and its vivid stained glass windows. Canterbury Castle was originally built as a motte-and-bailey and was one of the three Royal palaces of Kent. Canterbury, the Norman Castle was established after the famous Battle of Hastings to protect the Roman road running from Dover to London. Owned by the local authority, the Castle is one of the city’s biggest attractions. Take the combo tour to dive into history like never before.

Stare into paradise from the White Cliffs of Dover

The White Cliffs of Dover is an area of the English coastline in front of France and the Strait of Dover. The face of the cliff is 350 feet and is chalk-white highlighted by black flint lines. On the two sides of the Town of Dover, the cliffs stretch up to 13 km. During the White Cliffs of Dover Tour, you will learn how they have held and survived many invasions. Bask in the picturesque views before making a quick stop at Dover Castle. Afterwards, you will head towards Greenwich. It houses the Old Royal Naval College which was designed by Sir Christopher Wren and has many awe-inspiring tales for you.

So, your multi-attraction combo tickets will give you the time of your life. Bask in the wonders of history and discover their significance in today’s world.