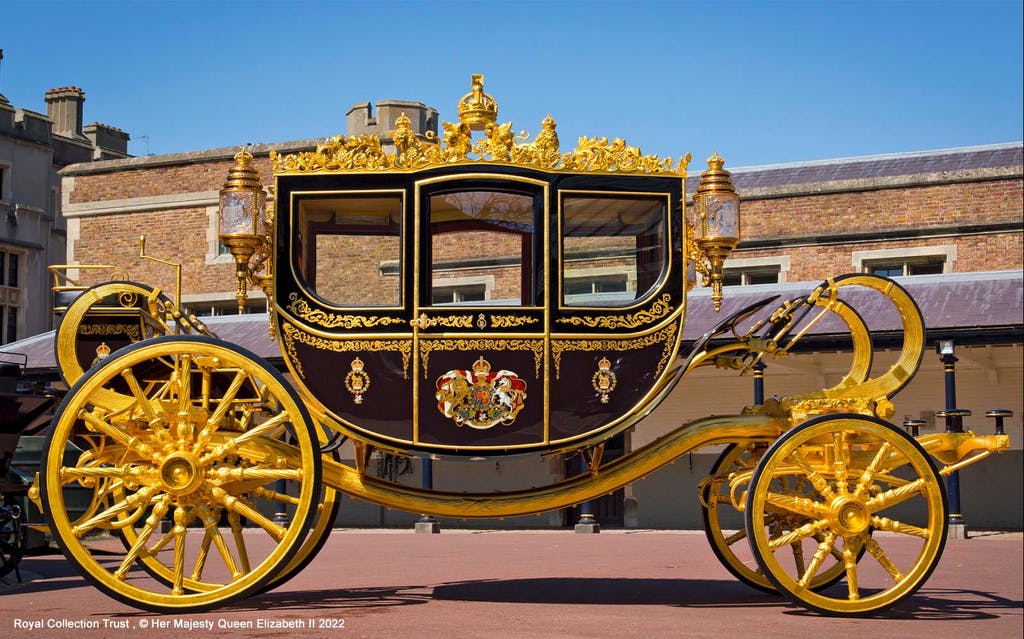 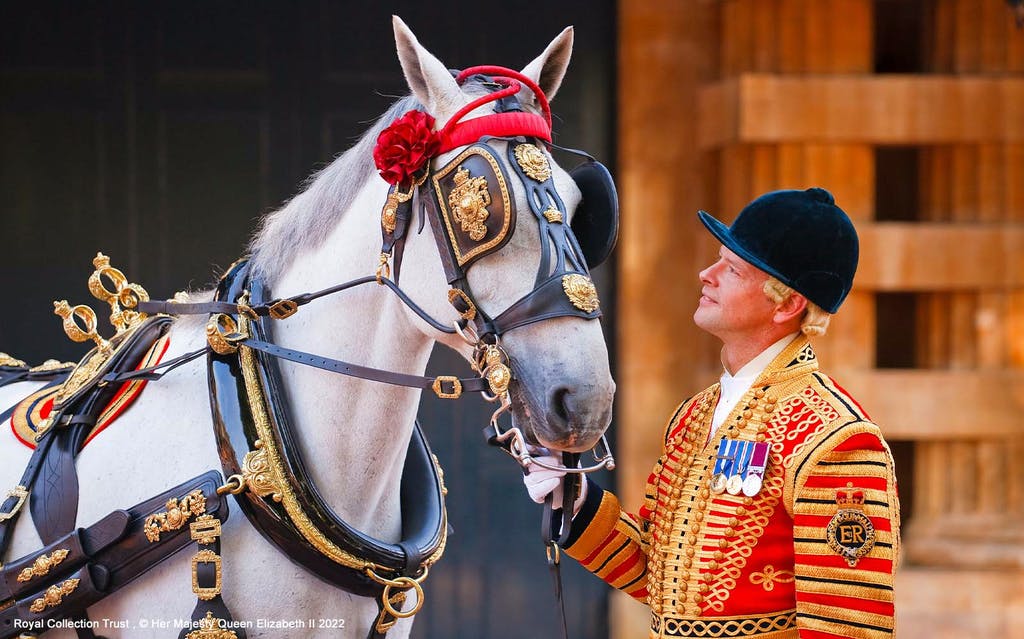 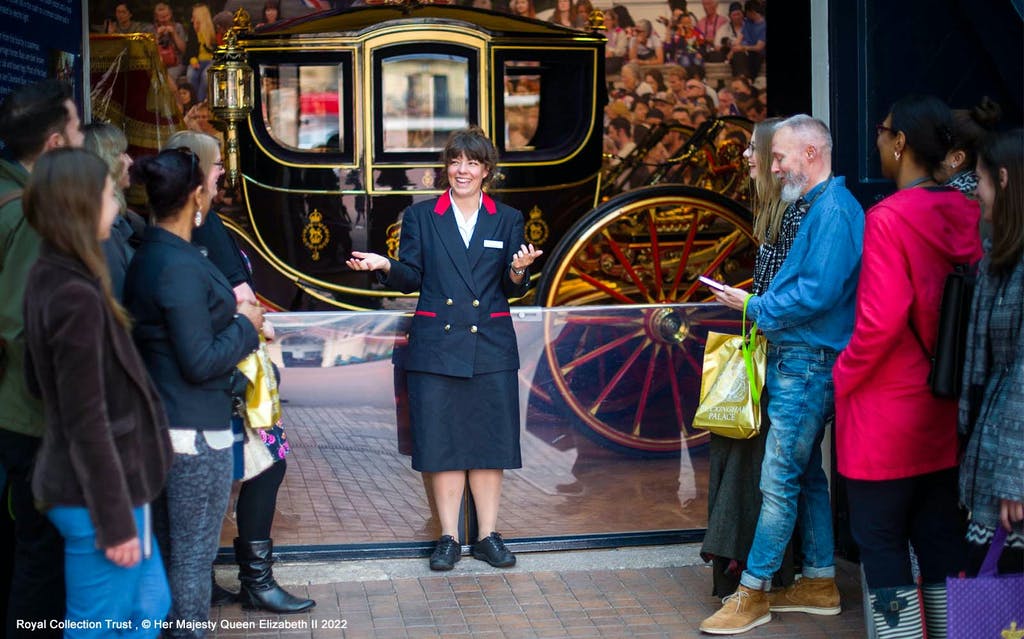 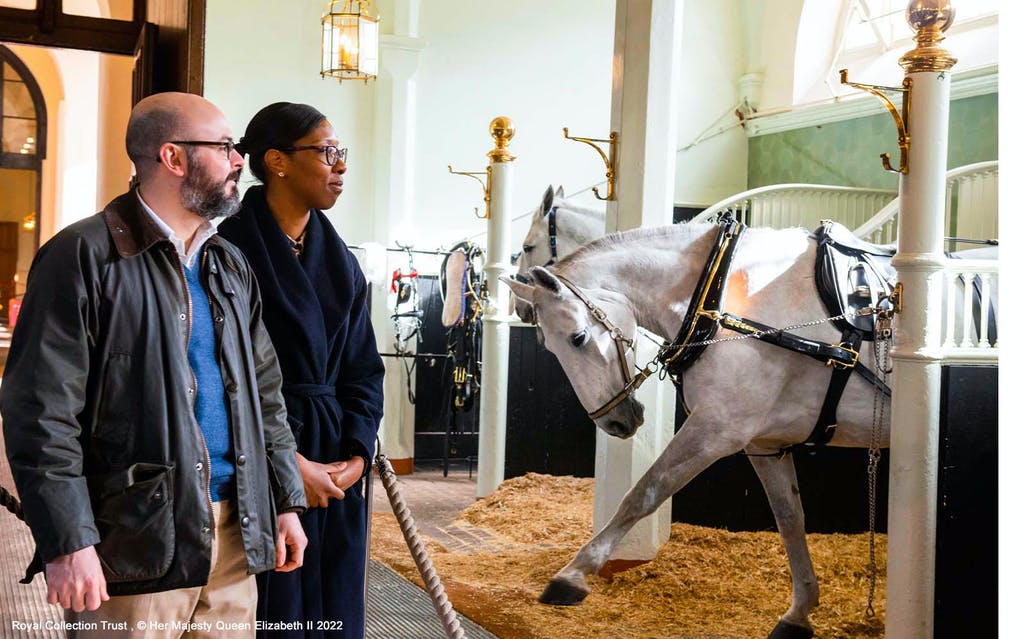 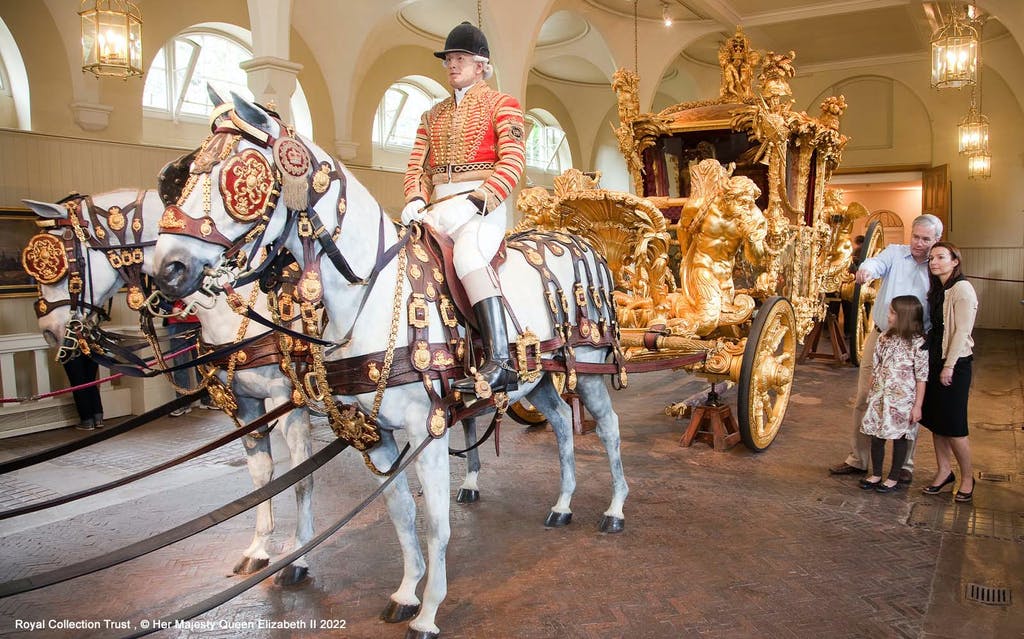 The Royal Mews is considered to be among the finest working stables to ever exist. It is a mews of the British Royal Family and an important part of the Office of Lord Chamberlain. The stables occupy two primary sites in London – the first at Charing Cross, and the latest at Buckingham Palace since the 1820s. The Royal Mews provides by-road transportation services to the Queen and members of the Royal Family. The means include not only horse-drawn carriages but also motor car and extends beyond just the decorative aspect.

The entire establishment of stables was moved to Buckingham Palace in the 1820s when George IV turned the Palace into the primary royal residence. The famous Trafalgar Square is where the original Mews used to be once.

Marvel at the different regal carriages during the Royal Mews tour

The Royal Mews is a popular tourist attraction. Various carriages along with the State Coaches are kept here. There are approximately 30 horses in the Mews, accompanied by their new-age siblings, the State Motor Cars. With your Royal Mews tickets, Catch sight of the majestic Gold State Coach; the grandest of all with a size of 7m long and 3m tall. It weighs approximately 4 tonnes and requires 8 horses to draw it. It has been used for coronations for almost 200 years ever since the coronation ceremony of George IV in 1821. See the Irish State Coach and the awe-inspiring Diamond Jubilee State Coach, the newest addition to the fleet. In 2014, this coach took the Queen to the State Opening of Parliament in 2014. You will also see the carriage used by Prince Harry and Meghan Markle to go through the streets of Windsor after their wedding.

Stay on the lookout for horses with your Royal Mews tickets. Two types of horses pull the royal carriages – Cleveland Bays and Windsor Greys. The Cleveland horses are usually used to pick up ambassadors and commissioners who come to present their credentials to Her Highness. They also come in handy as workhorses and during everyday activities. Windsor Greys are used for regal transports and draw the carriages of The Queen and members of the Royal Family, as well as their guests. These horses are called Windsor Greys because they were kept at Windsor in the Victorian Era. They would draw the Royal Family’s private carriages. The horses are 1.65m tall, have a calm temperament and good stamina.

Before you end your tour, step into a replica of the royal Semi-State Landau carriage and pose like royalty for memorable photos. The Royal Mews tickets allow you to experience the lifestyle of the royals. See the best example of working stables in the world and learn many interesting facts on this tour.

Check out our in-depth frequently asked questions pages for everything related to The Royal Mews Tickets: