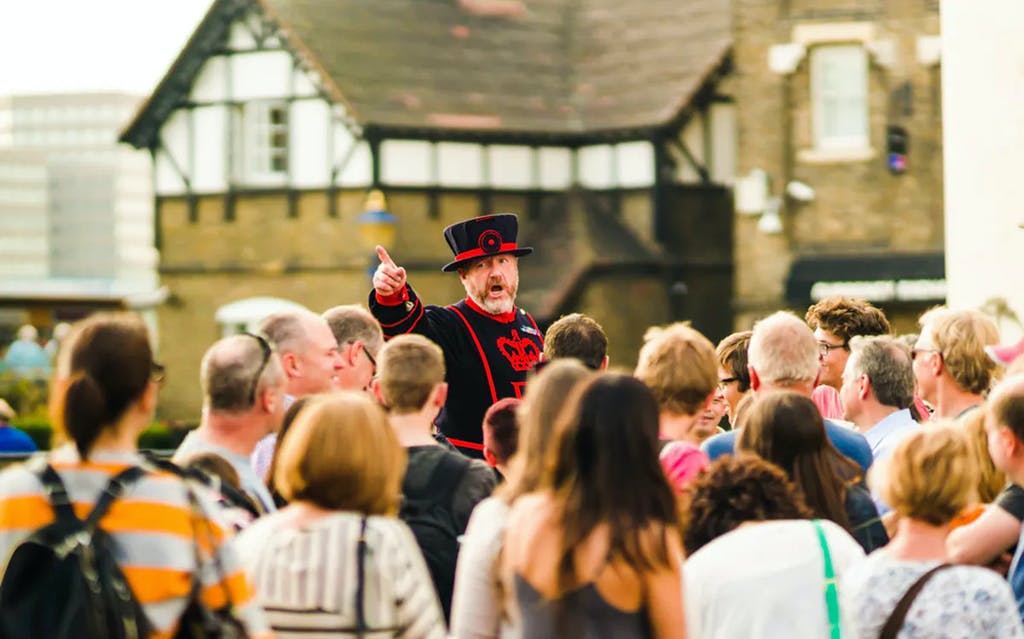 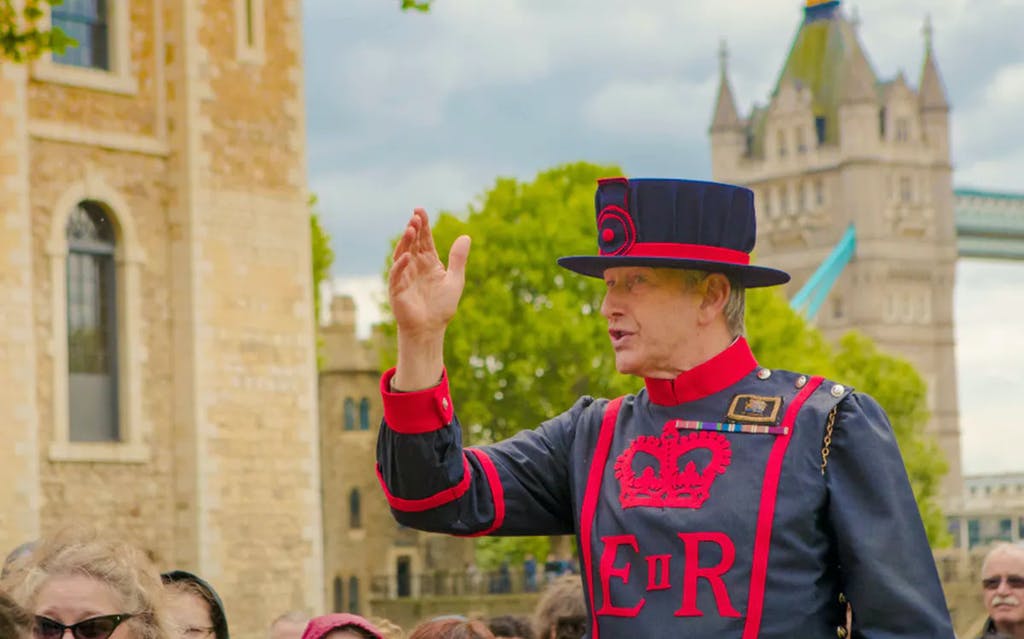 Tower of London Tickets with Crown Jewels and Beefeater Tour

Discover a thousand years of history with Tower of London tickets

The Tower of London is a castle with a history spanning nearly 1,000 years. Standing on River Thames’ north bank, William the Conqueror founded the Tower in the 1070s as part of the Norman Conquest of England. The Tower, in its entirety, is a network of buildings within a moat and two concentric rings of defensive walls and holds an area of 4.9 hectares. Purchase Tower of London tickets to visit this magnificent attraction and learn its fascinating past.

The Tower was a grand fortress initially used as a royal dwelling. It later became a prison from 1110 until as recently as 1952 and also served as a royal armoury. The castle derived its name from the infamous White Tower – a symbol of oppression inflicted by the new ruling elite. It is the oldest part of the fortress, completed in 1097.

The Tower of London’s grisly history began from the time it was used as a prison. It held prominent royals like Queen Elizabeth I and Anne Boleyn captive, as well as the notorious Guy Fawkes. Today, the Tower is a UNESCO World Heritage Site and hosts over 2.7 million visitors every year. More than just an attraction, the Tower of London tells a story of over nine hundred years of British history.

Marvel at the Crown Jewels

The Tower houses 23,578 jewels sourced from various parts of the world. The list also includes the world-famous Koh-i-Noor and the world’s largest Cullinan I diamond. They were used during coronations and special occasions, showcasing the British Empire’s wealth since the 1600s. There are over 140 items, including seven monarch crowns, valuable orbs, sceptres, robes, as well as sacred plates and swords. You can also see the Sovereign’s Orb, the Imperial State Crown, the Jewelled Sword of Offering and St Edward’s Crown.

Tour the tower with the Yeomen Warders

Tower of London tickets allow you to independently explore the castle grounds for as long as you want. The best way to see the Tower is by joining a guided tour by the Yeoman Warders. More popularly known as Beefeaters, they are the ceremonial guardians of the Tower of London. As well as hearing their fascinating tales, one of the benefits of the guided tour is entry to St Peter ad Vincula, the Tower’s church.

See the execution block and axe and learn about the Tower’s famous ravens roaming the grounds as you tour the attraction. Legend has it that ‘the Crown will fall and Britain with it’ if six of the ravens ever abandon the fortress. Jubilee, Gripp, Erin, Harris, Merlina and Rocky are the current resident ravens. If you are lucky, you might even see the Ravenmaster feeding them!

With Tower of London tickets, you can witness all these great sights and more. This massive architecture is a beautiful piece of art, adding to the glory of London to this day. Explore at your own pace and take in its rich history. Alternatively, you can opt for the London Pass, which also includes entry to the Tower of London.

Tower of London Tickets is currently off sale

Sorry, there is no upcoming availabilty for Tower of London Tickets.

Check out our in-depth frequently asked questions pages for everything related to Tower of London Tickets: