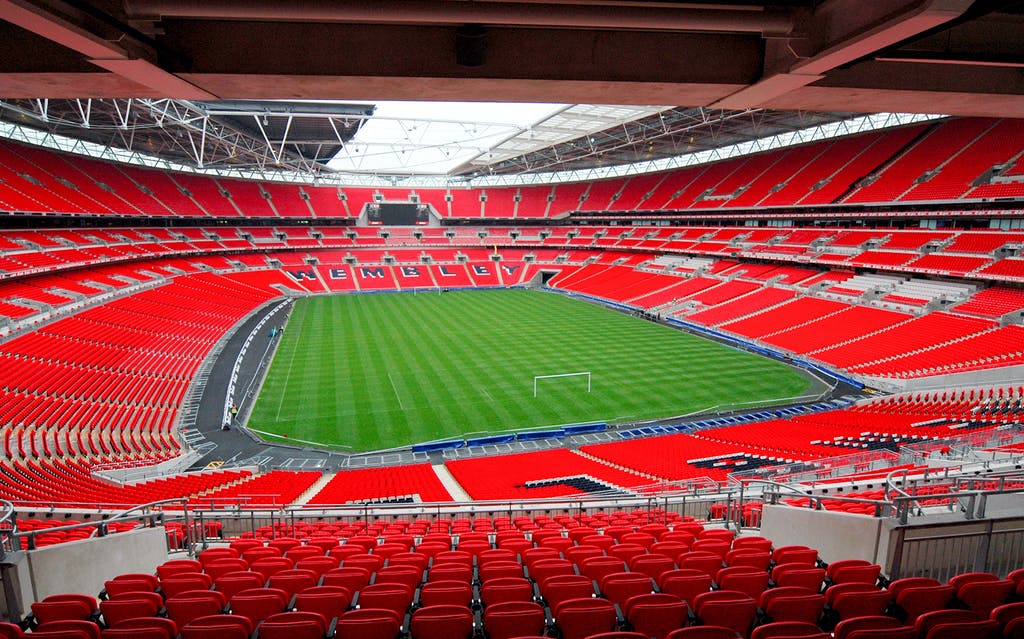 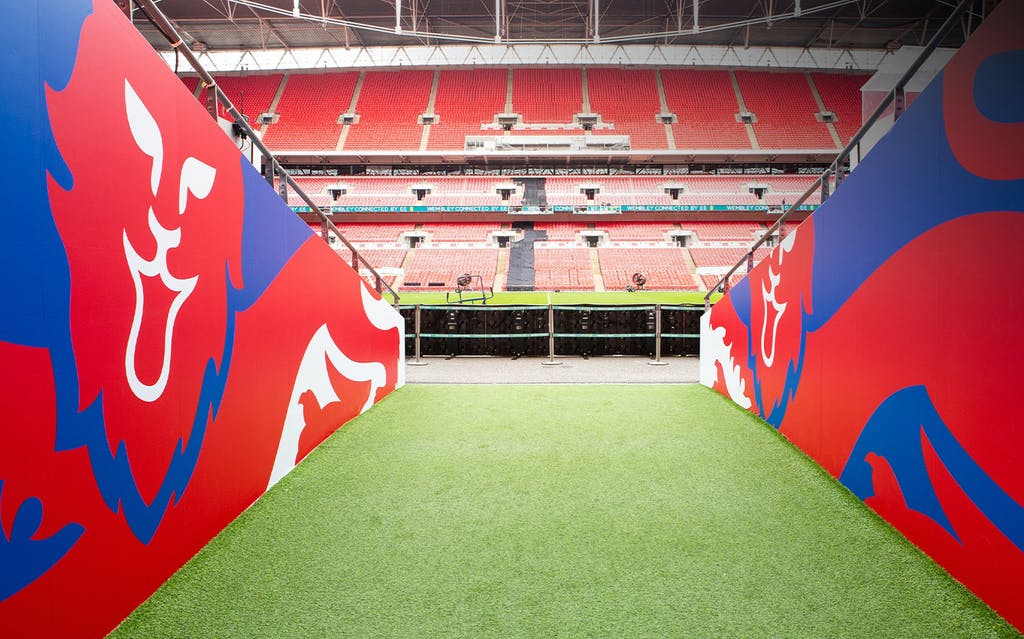 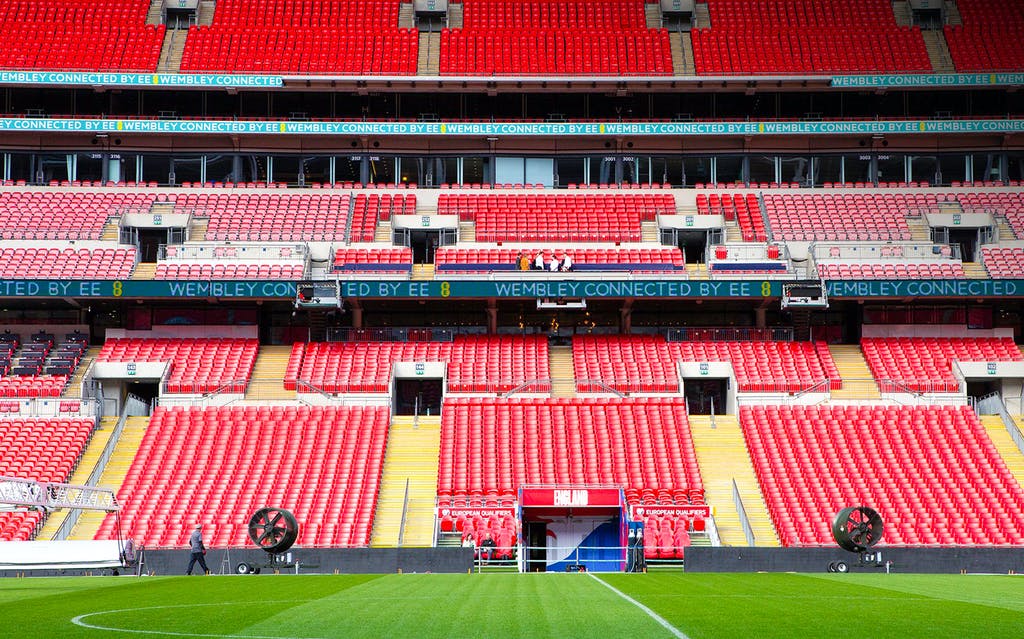 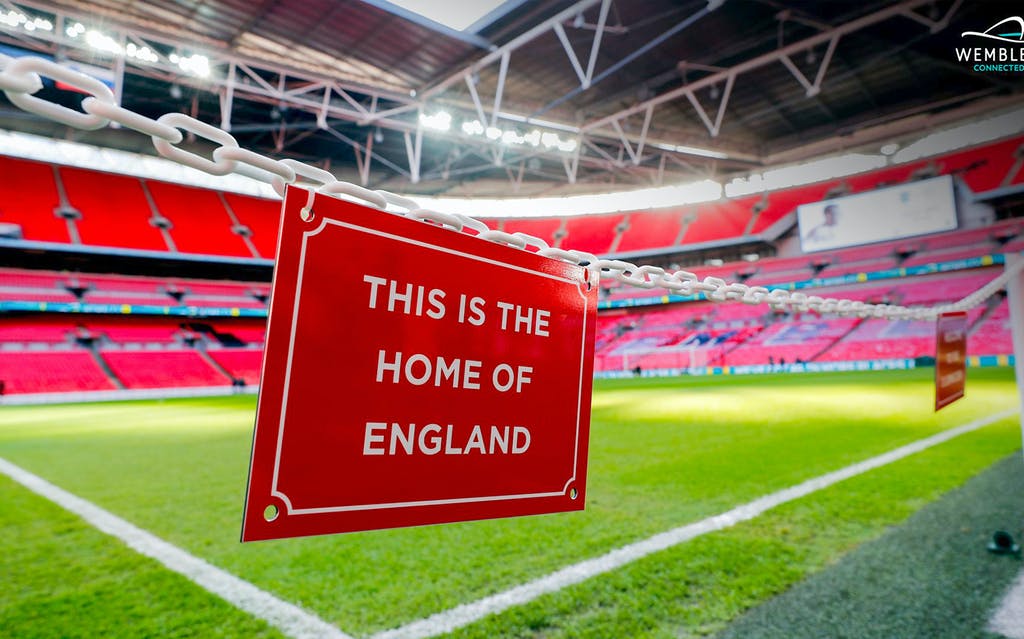 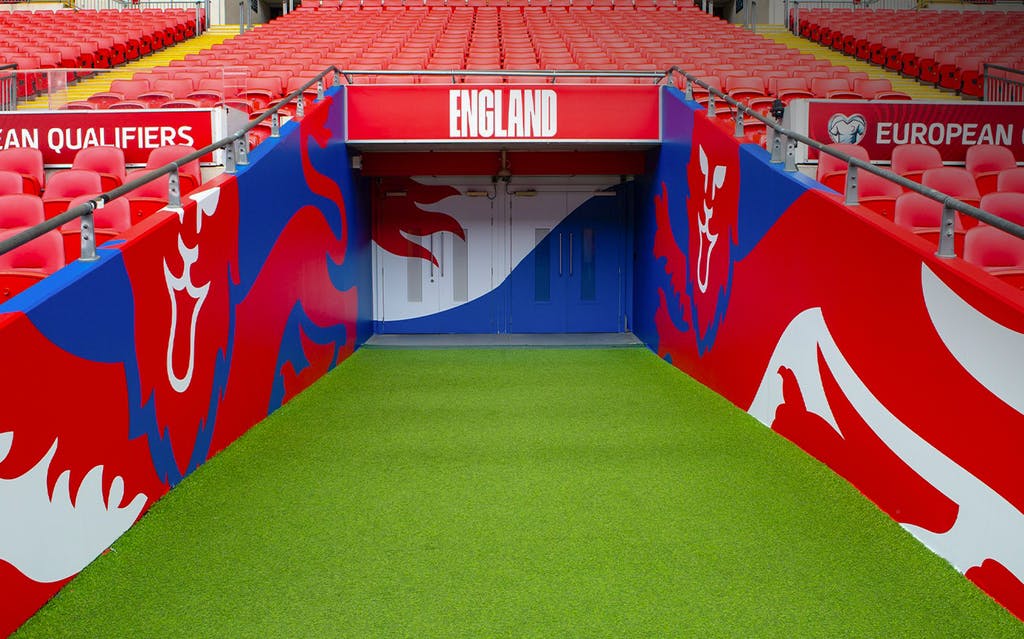 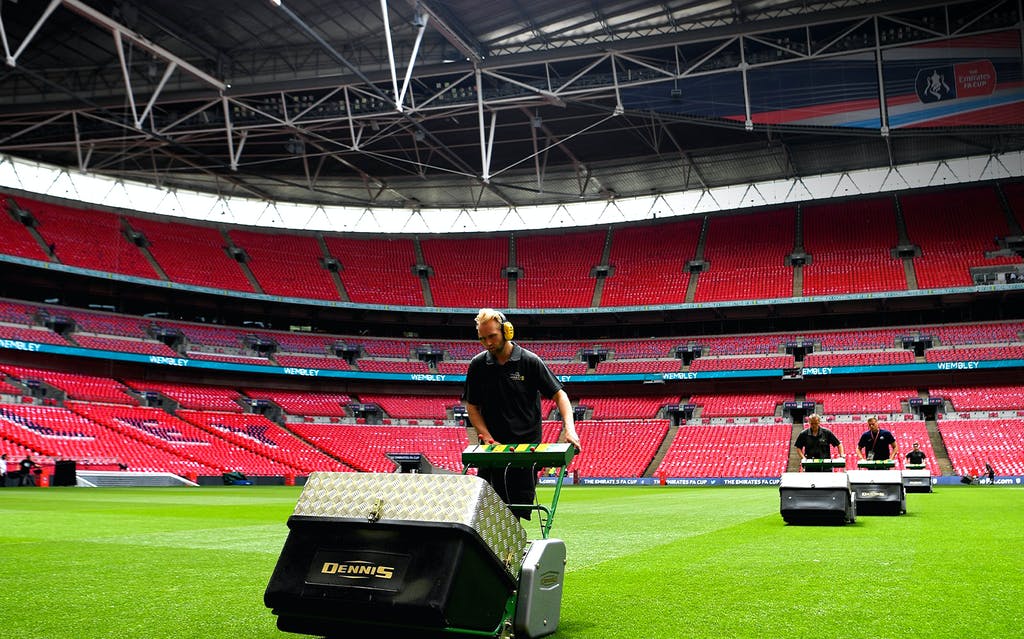 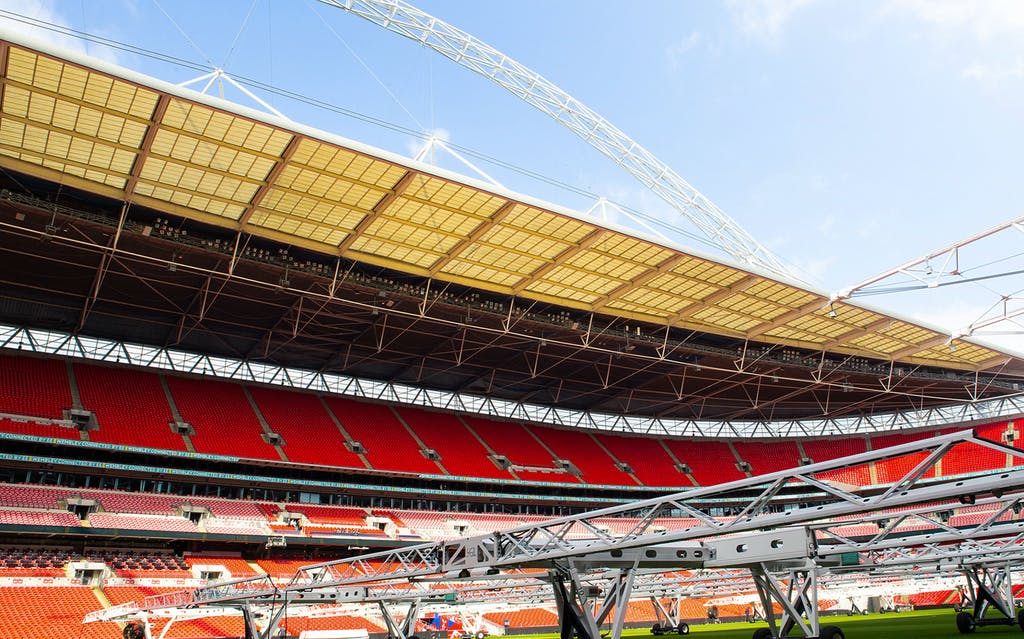 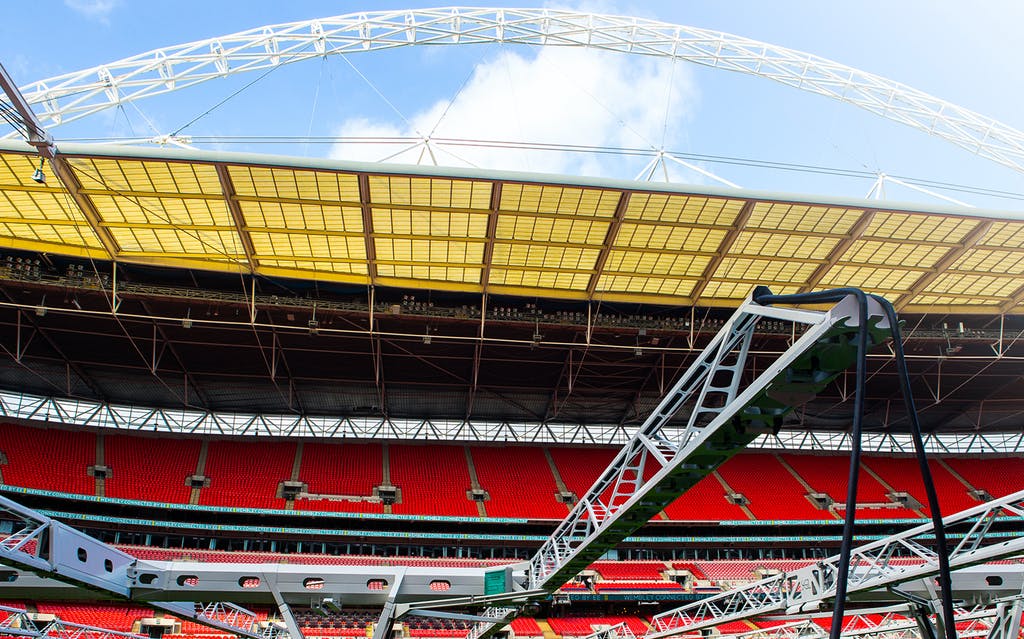 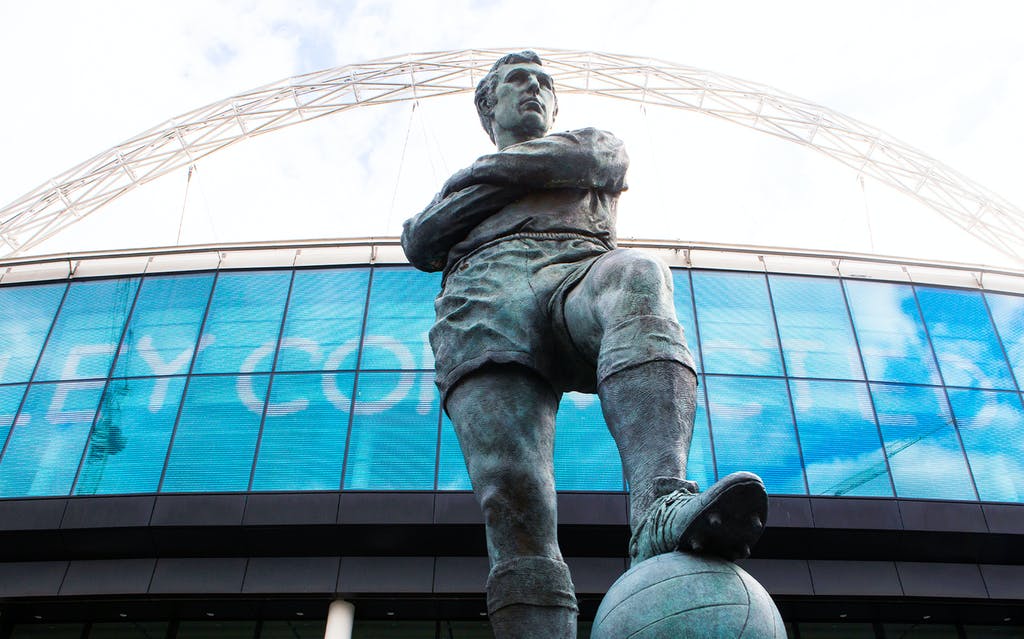 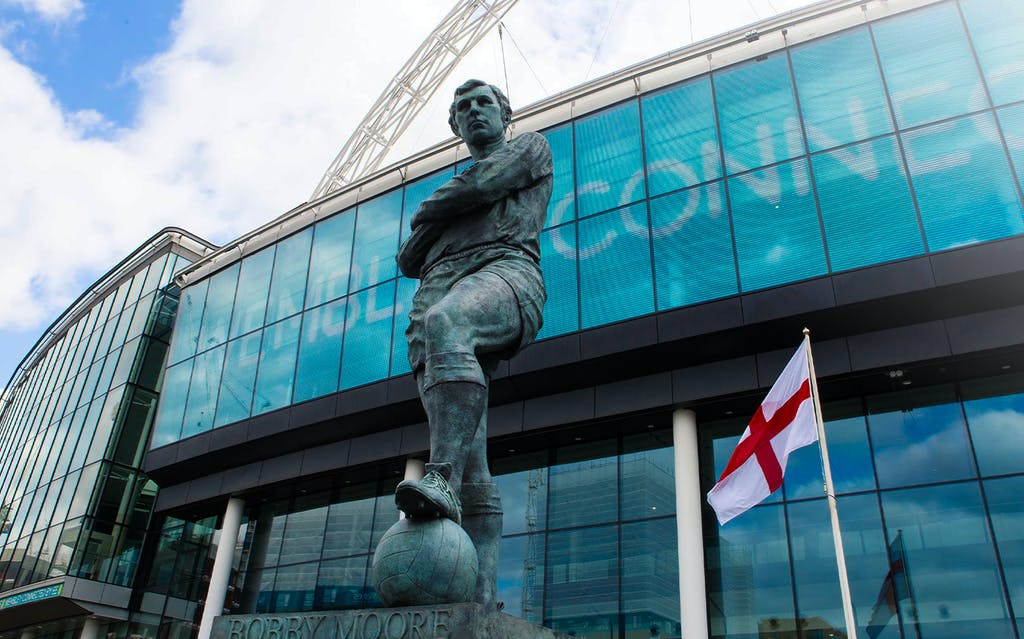 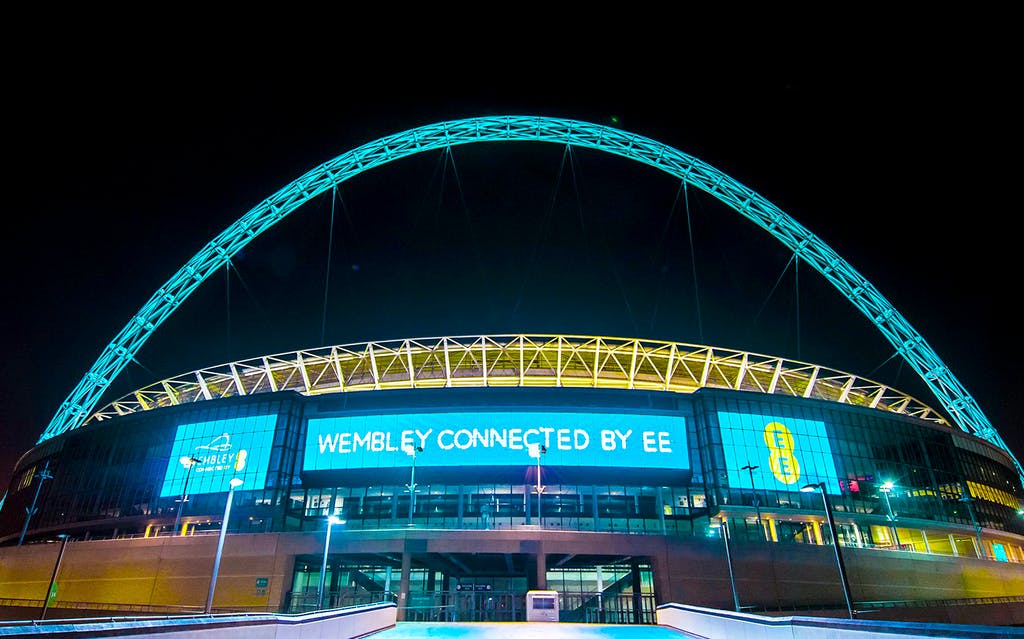 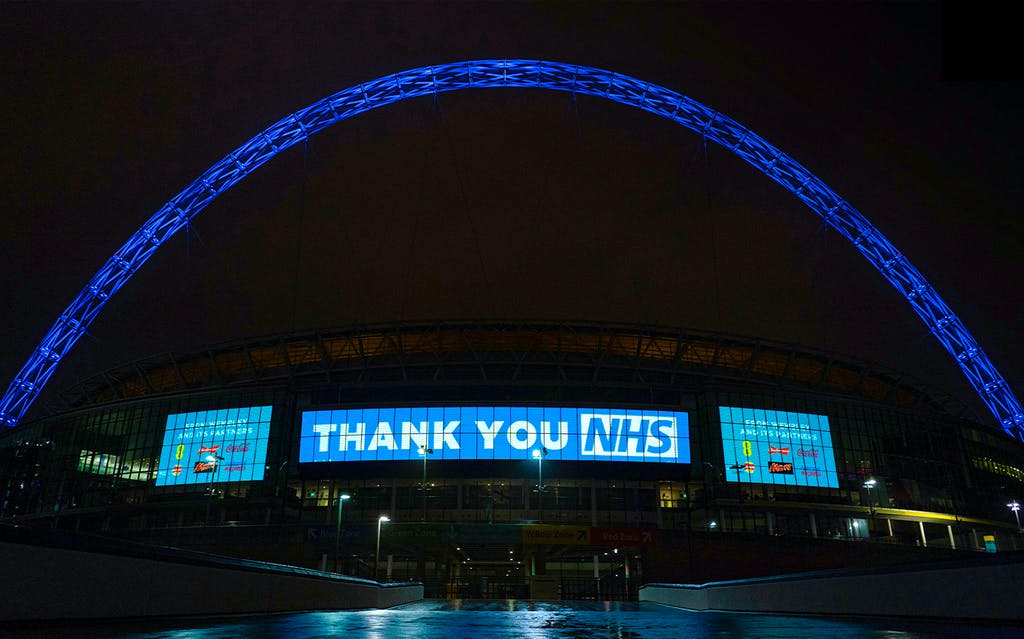 Wembley Stadium opened in London in 2007 and is one of the biggest stadiums in Europe. Owned by the governing body of English football, the Football Association (FA), Wembley Stadium hosts major football matches including England’s international matches and the FA Cup Final. The unsupported 440-foot tall Wembley Arch, a recognisable London landmark, crowns the stadium and supports more than seventy-five per cent of the total roof load and spans 315 metres. Unbelievable, right? Take a guided Wembley Stadium tour to explore this fantastic mega construction.

Wembley Stadium is Europe’s second-largest stadium. It hosted the 2011 and 2012 UEFA Champions League Final, and the Gold Medal football match of the 2012 Summer Olympics. The Stadium was home to Premier League football club Tottenham Hotspur from August 2017 to March 2019.

As well as being a famous sports stadium, Wembley Stadium hosts music concerts for some of the most popular artists to date – Green Day, Metallica, AC/DC, Muse, Queen, Eminem, One Direction and many more. Take photos of this spectacular stadium to let your friends know where you went for a stroll!

Feel the presence of the world’s most acclaimed artists and sportspeople on your Wembley Stadium tour. Check out the England dressing room, the players’ tunnel, the press room, the Royal Box and the real FA Cup.

Wembley Stadium began its life as the Empire Stadium, which featured the renowned Twin Towers, the destruction of which broke many hearts. The original venue was built in 1923 and demolished in 2003, only to be rebuilt and relaunched in 2007. The debris was used to construct the Northala Fields in Northolt, London.

Wembley Stadium is a place where impressive crowds gather to spectate the world’s greatest performers and players. Learn its history and enjoy a fantastic day out on a Wembley Stadium Tour.

Check out our in-depth frequently asked questions pages for everything related to Wembley Stadium Tour: