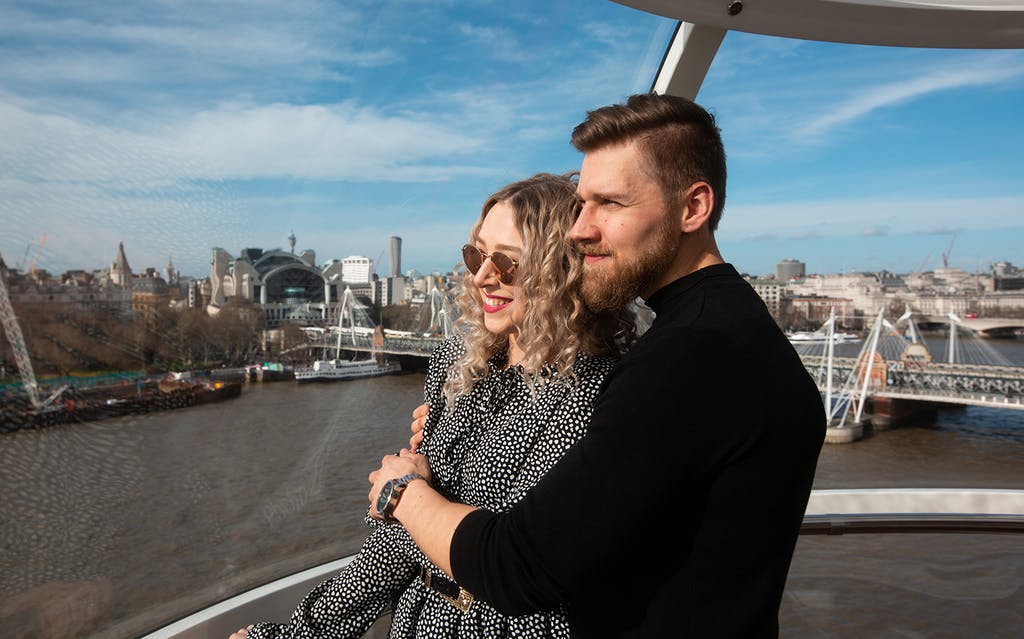 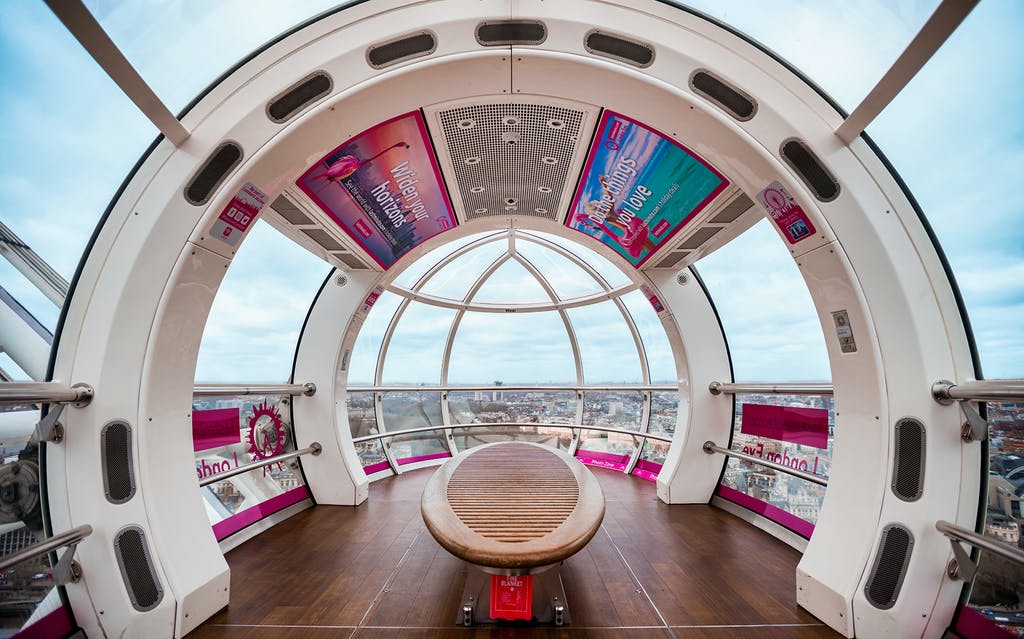 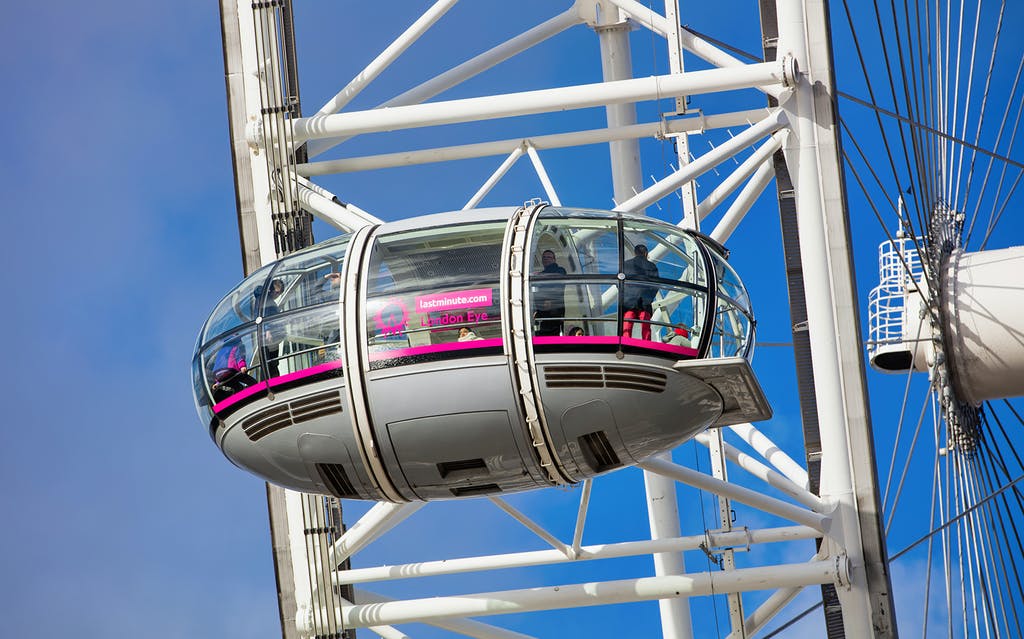 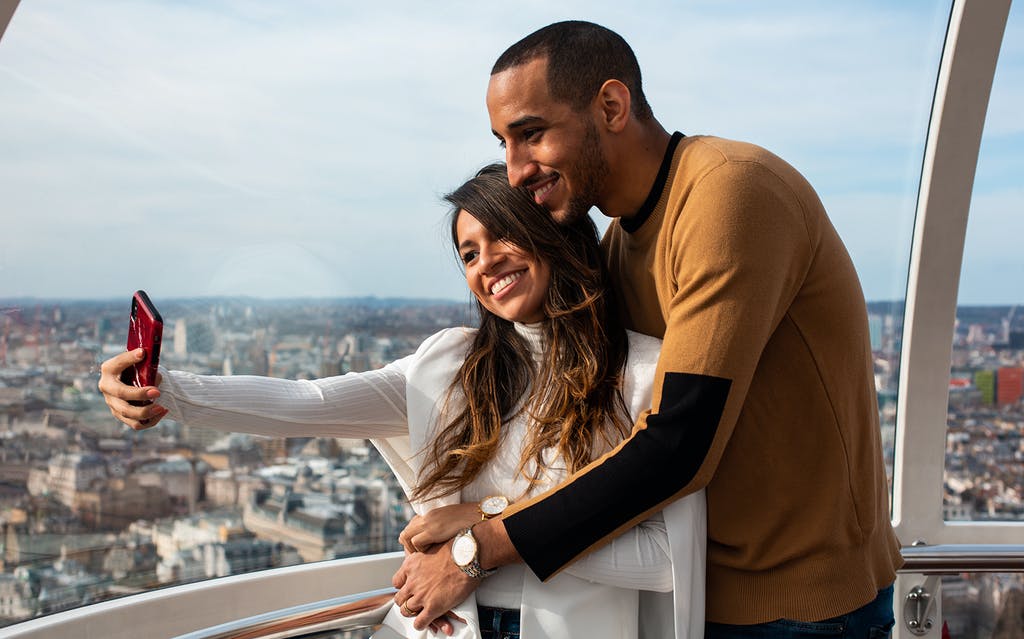 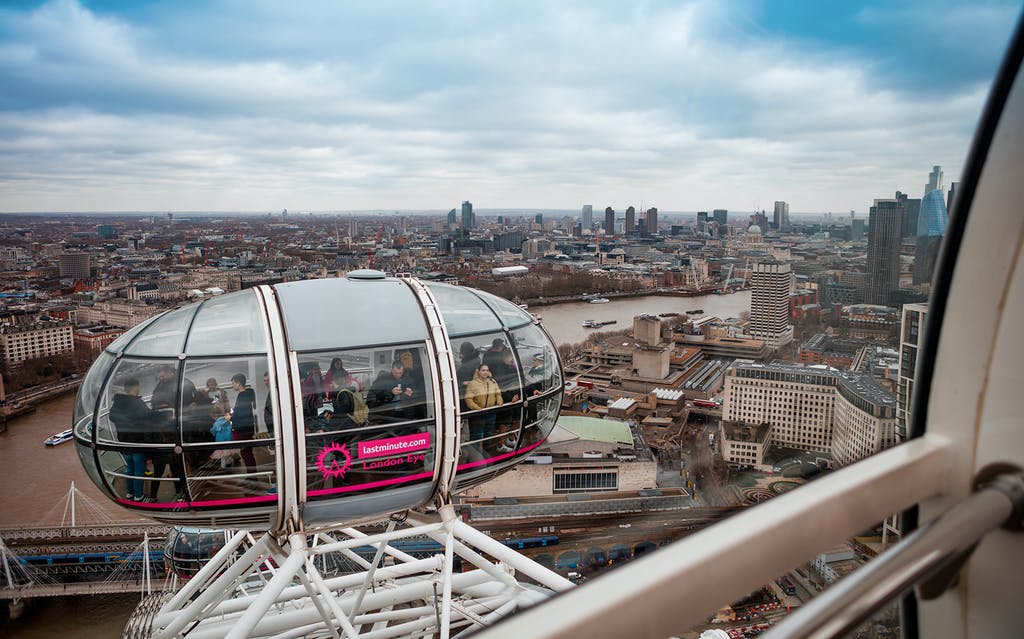 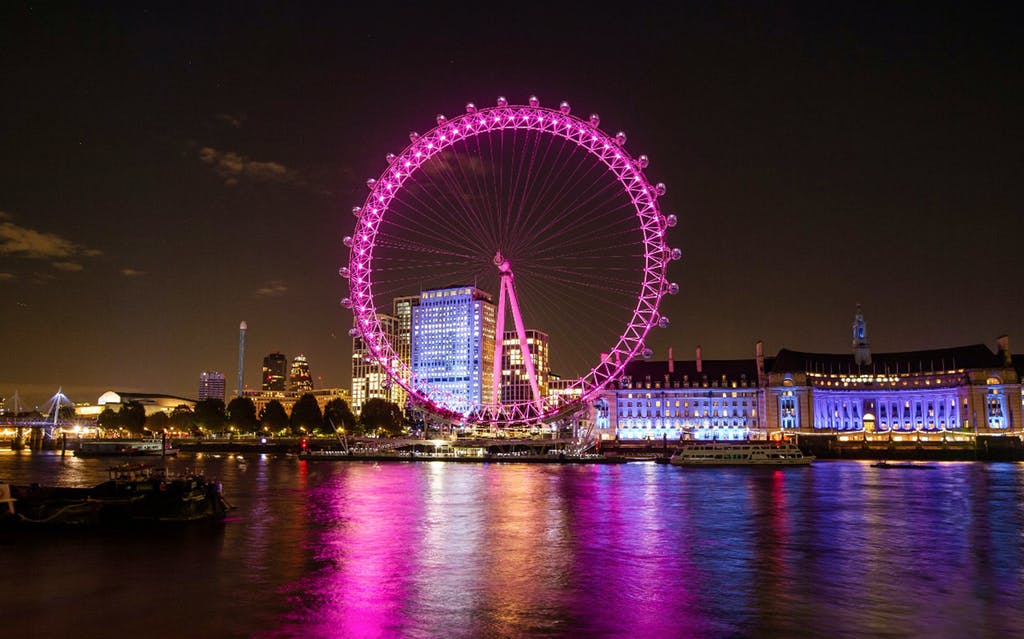 The Coca-Cola London Eye is a huge rotating observation wheel. It stands tall above the city on the bank of the River Thames. With more than 3.5 million people riding it each year, the London Eye is the most popular paid tourist attraction in the UK, offering spectacular views. Average waiting time for the Eye is around 45 minutes and can increase in peak times. London Eye fast track tickets are ideal for those with limited time for sightseeing, helping you beat the queues.

Breath-taking views of London from above

The London Eye is arguably one of the most recognisable attractions in London. Originally built as a temporary attraction for the Millenium celebrations, it opened in 2000. Since then, it gained immense popularity and continues to be one of London’s top attractions. It used to be the highest public viewing platform in London until The View from the Shard overtook it in 2013. However, the London Eye still holds the title of Europe’s tallest cantilevered observation wheel.

The highest point of the London Eye is 443 feet. From that height, you can see many famous London landmarks and attractions, such as Tower Bridge, the Tower of London, Westminster Abbey, St. Paul’s Cathedral, the Shard, Parliament House, Big Ben and Buckingham Palace. On a clear day, you can even see as far as twenty-five miles away to Windsor Castle!

A flight on the London Eye lasts for 30 minutes. It rotates at a gentle pace, giving you plenty of time to enjoy the spectacular, changing panoramic views of London and beyond. Travel in comfort aboard one of the 32 spacious air-conditioned capsules and experience a unique 360-degree view of the city.

Many travellers lack time to go on long sightseeing trips in London, so getting a bird’s eye view of the entire city is a good alternative. Tickets include an audio guide to improve your sightseeing experience, providing insight into the sights around you. Admission also includes a viewing of a 4D film that adds a new dimension to your experience. The film is approximately four minutes long, making it the perfect prelude to a flight aboard the iconic London Eye.

In addition to saving time, fast track tickets give you complimentary access to the Eye Lounge Champagne Bar. It’s the perfect place to escape the crowds and enjoy a cocktail or chilled glass of Champagne.

The London Eye benefits from its location in the heart of the city. After your flight, enjoy the proximity of other top London attractions, such as SEA LIFE London Aquarium, the London Dungeon, Shrek’s Adventure! London, or take a stroll along the banks of the River Thames.

So, treat yourself to a fantastic experience with London Eye fast track tickets, helping you make the most of your time in the city.

Recommended 18+ yearsUnder 18s will only be permitted with an adult

Check out our in-depth frequently asked questions pages for everything related to London Eye: